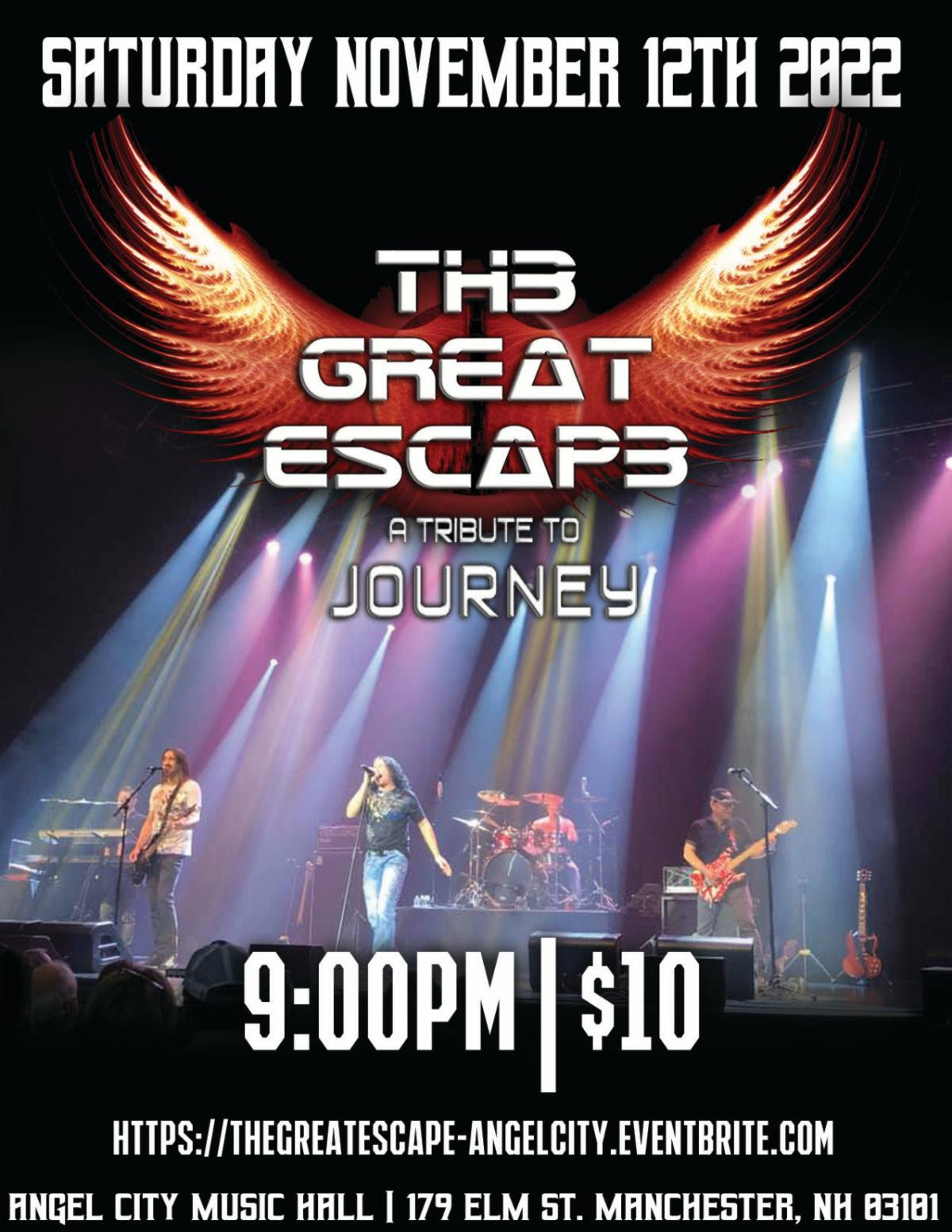 The Great Escape – A Tribute To Journey

The Great Escape is the Ultimate Journey Experience!

Formed in early 2008 The Great Escape performs the timeless music of Journey with precision, high energy and genuine passion each and every time they hit the stage. The band has a rapidly growing following, adding more and more loyal fans each time they perform and they just love thier fans!

Whether performing in a large-scale venue, private function, or a sports bar, the Great Escape aim to leave their audience energized, entertained and eagerly anticipating their next show.

In 2009 and once again in 2013, the band was honored to be called to the stage during the Limelight Magazine Awards Show to receive an acknowledgment for being voted New England’s Best Tribute Band! Other highlights for the Great Escape to-date include regular, full-capacity performances on the majestic Lighthouse stage of the Twin River casino in Lincoln, RI as well as performing for hundreds of fans in such esteemed venues as the Hanover Theatre in Worcester, MA, Mohegan Sun, Uncasville, CT, Showcase live foxboro, Ma Stadium Theatre in Woonsocket, RI, HardRock Biluxi MS, PlainRidge Casino, Painville, Ma. and NewPort Grand Slots, RI to name a few. The Great Escape has been honored to share the stage with prominent artists such as the Village People, Lesley Gore and New England’s own, Flesh!

Lead vocalist, Jason Paulino, fronts the Great Escape with his powerful vocals and enthusiastic energy. If he looks familiar already, you may have seen him dazzling audiences during multiple performances as a “Star of the Day” and finalist on the New England based television series “Community Auditions”. When singing the songs of Journey, Jason’s vocals are indistinguishable from Steve Perry – it’s an amazing sight to see and hear.

Rich Vigdor is the band’s lead guitarist. Rich will dazzle any audience with his note-for-note renditions of Journey’s familiar guitar riffs and solos.

Chris Brunelle fills a big role with his keyboard and piano playing, a critical piece in so many Journey songs, as well as adding key vocal harmonies.

The mighty backbone of the band is filled by the rhythmic, agile bass playing of band founder, Bob Wheeler, along with drummer, Tony Clement, who conducts the band with power and precision.

Come experience The Great Escape as they breakout their high-energy musical performance and take you on an incredible Journey! 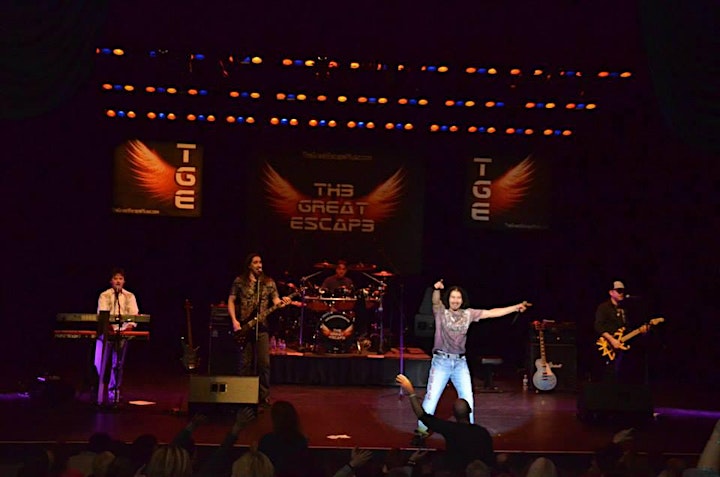