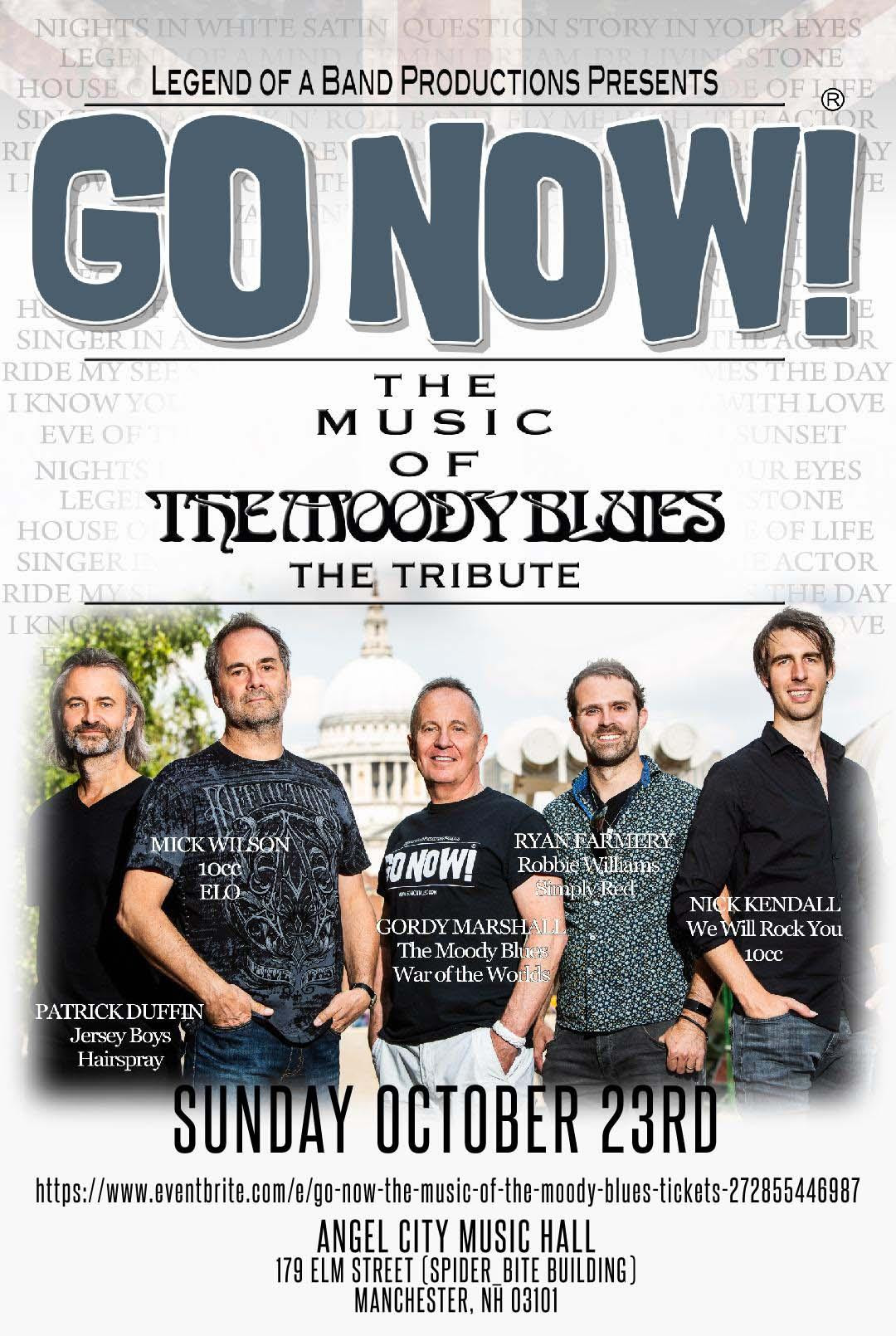 GO NOW! The Music of The Moody Blues

An Evening with Go Now! The Music of The Moody Blues

A TRIBUTE TO THE MUSIC OF THE MOODY BLUES

Gordon Marshall was the drummer with The Moody Blues for over 25 years. He has put together an amazing group of musicians and formed the band GO NOW!, a tribute to the music of The Moody Blues,

Mick Wilson, the lead singer of the band, was the lead singer with 10cc for over 20 years. They are joined on stage by Patrick Duffin, Ryan Farmery and Nick Kendall, and together recreate the magical music we all know, including Nights in White Satin, Tuesday Afternoon, I Know You’re Out There Somewhere, and so many more.

For the past four years they have performed all over the UK, selling out theatres and making many return appearances. Last year they made their first venture into the USA and sold out everywhere they went.

In 2021 and 2022 the band is joining with symphony orchestras across the US to create the symphonic concert of Moody Blues music. In 1966 The Moody Blues became the first rock band to record with a symphony orchestra. Their record label, Decca, had a brand new technology they were introducing…..called…..stereo…. and could not decide whether to use a rock band or a symphony to do so. The head of the label combined the two and that collaboration we know as Days of Future Past. From that album we have the hits Nights in White Satin and Tuesday Afternoon. In 1992 The Moody Blues once again made history as the first rock band to perform live with a symphony and did three nights at Red Rocks with the Colorado Symphony. This was filmed and first released by PBS, and it became their highest grossing fundraiser. Our own Gordy Marshall can be seen all throughout that video. He is now bringing this performance to US and UK audiences, in addition to the bands usual straight rock performance.

With 25 years experience with The Moody Blues Gordon has created true to the original arrangements, making every performance truly magical.